Your order has been taken into account, you can watch We Are Become Death for a duration of 48 hours from the date of your payment.

Rent this movie
48h for 2€
Sciences 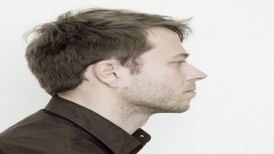 Born in France in 1974, Jean-Gabriel Périot has directed several short movies at the crossroads between documentary, animation and experimental filmmaking. He has developed his own style of editing that examines violence and history using film and photographic archives. His films, including "Dies Irae", "Eût-elle été criminelle…", "Nijuman no borei (200000 fantômes)" and "The Devil", have received awards in a great many festivals worldwide. His first feature-length film, "A German Youth" opened the Panorama Section of the 2015 Berlin Film Festival before being released in cinemas and winning several prizes in festivals. His latest long movie, "Our Defeats" was screened at the Forum of the 2019 Berlin Film Festival.

In the Land of Head Hunters