We are sorry,
this movie is not available
in your country
Movie no more available
More informations on FILM-DOCUMENTAIRE.FR and on VAD.CNC.FR
Sciences


During the First World War the Polish pioneer of modern anthropology Bronislaw Malinowski lived among the natives of the Trobriand Islands belonging to New Guinea. Impressed by the private diary he kept in those years, the two authors of the film embark on a "field trip" looking for his traces in present-day Papua New Guinea. The people they encounter tell their own stories about Malinowski keeping a fragmentary track of his voyages to those he once called the "Argonauts of the Western Pacific".


While Malinowski’s work has been discussed at great length by anthropologists the world over for almost a century now, what is remembered on the islands about this white man who spent two periods of two years living among the “savages”, and who revolutionised social sciences with his method of participant observation? Not much, it would seem, since the events were so long ago and the stories so vague, apart from admiration for the man who left a wealth of writing, with accounts of a way of life and a culture that have now largely disappeared – missionaries, colonisers and tourists have all passed through (or are still there).  Combining their own travel journal and encounters with a half-amused, half-disenchanted nod to various themes dear to their idol, and sprinkling the film with passages from his diary describing the terrible suffering of this Pole abandoned on the other side of the world in a place that was not always paradise, above all, the directors capture today’s islanders’ knowing nonchalance with regard to their illustrious guest, and, as they go, they also glean some of the surprising “dreams of elsewhere” that they hold in their hearts. 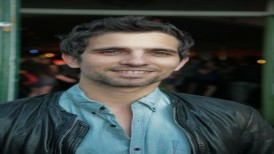 Philipp Mayrhofer was born in South Tyrol, Italy. He studied philosophy in Vienna and Paris, where he lives today. He has worked as a director for different TV programs, directed two feature documentaries "The Moon, the Sea, the Mood" in 2008 and "The Shadow of the Prophet" in 2011. His first fiction film, the short film "Königsberg" premiered at the director’s fortnight at the Cannes Film Festival in 2012. 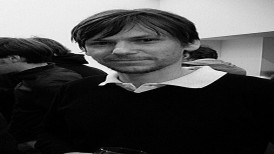