Your order has been taken into account, you can watch Le Prince Miiaou for a duration of 48 hours from the date of your payment.


Maud-Elisa Mandeau, aka Le Prince Miiaou, is a young rock singer-songwriter and guitarist. In the spring of 2010, she began making her third album. For eighteen months, the camera shadowed the entire process of musical creation from blank page to concert. “Le Prince Miiaou” gives us a chance to watch and listen to her difficulties, efforts and doubts as it lays bare her work, her music and herself as a person.


Staring into space, Maud-Elisa Mandeau listens to the same riff over and over again, endlessly stopping and starting the recording. She grumbles, rolls a cigarette, gets annoyed and forgets that the camera’s filming. We’re a million miles from the usual films made of concerts, tours or recordings that celebrate the all-powerful musician as demigod.
Marc-Antoine Roudil’s camera slips in alongside the songwriter and her hesitations. Thanks to the subtle mastery of the length of the shots, and variations of the same motif, it reveals the tenacity that creation demands. From the solitude of her home to the crowds at the Olympia, we find ourselves being carried by – and moved by – the energy and perseverance of the young artist, a veritable one-woman-band. The music’s grace does not miraculously emerge from the prince… it is from this encounter between determination, hard work and doubt that Le Prince Miiaou emerges. 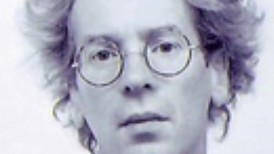 Born in 1958, Marc-Antoine Roudil started out as a photographer before becoming an assistant to William Klein. He has worked as a studio manager and assistant director on around thirty films for television and cinema, and also directs documentaries. In 1993, he began an artistic partnership with Sophie Bruneau with the short film “Pêcheurs à Cheval”. After this first documentary that won several awards in festivals, they made “Pardevant notaire” together in 1999 followed by “Arbres” in 2002. Three years later, the pair wrote “Ils ne mouraient pas tous mais tous étaient frappes”, a documentary about suffering in the workplace. In 2009, they co-directed “Terre d’usage” with former communist reformer Pierre Juquin.