We are sorry,
this movie is not available
in your country
Movie no more available
More informations on FILM-DOCUMENTAIRE.FR and on VAD.CNC.FR
Highlights
Music


In February 1974, Yves Montand decides to sing at the Olympia for Chilean refugees in France. He has not performed live since 1968 and has only twelve days to get ready. Montand moves to his home in Auteuil with his pianist and 30-year-old sidekick, Bob Castella.


The long-distance run, which ranged from the singer getting into shape to the unique show given in 1973 in support of the thousands of Chileans in exile, was more akin to a middle-distance race, for which the pressure was increasing.
From the very first session with Bobby, the pianist's accomplice and punching bag, where the show is set up to the curtain fall, the film bears witness to a Montand who is a great show organiser, without bypassing the scenes revealing the artist's flaws.
Montand, protean, travels through the film: crooner, astonishing, loud-mouthed, sensual, provocative, lucid defender of just causes, contradictory...
Chris Marker reveals a portrait of a man, a long-distance runner. 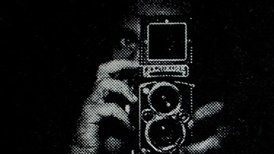 Chris Marker was born in 1921 in Neuilly, France. He began studying philosophy, which was soon interrupted by the world conflict. After the war, he worked for Peuple et Culture, began writing for the magazine "Esprit" and directed his first films, including "Lettre de Sibérie", which made him more widely known. Writer, photographer, filmmaker and finally multimedia artist, Chris Marker is the author of a protean and innovative work. His taste for experimentation bursts out in "La Jetée" (1962), a short film of anticipation announcing his favorite themes: time, memory, the power of images. The same year, he shoots "Le Joli Mai", in the streets of Paris, in the spirit of direct cinema. The seventies were marked by committed films, the most famous of which, "Le fond de l'air est rouge" (1977), was a review of the movements of the sixties all around the world. In this political furrow, he explored the links between individual memory and history in "Sans soleil" (1982) and then in posthumous tributes such as "Le Tombeau d'Alexandre" (1993). In the 1990s, most often in collaboration with the Centre Pompidou in Paris, he designed several installations that explored the boundaries between the real and the imaginary. He died in Paris in the summer of 2012, making him a reference point for contemporary filmmakers.