We are sorry,
this movie is not available
in your country
AVAILABLE TO VIEW FOR ANOTHER 45 days


“Denk' ich an Deutschland in der Nacht” (from a famous poem, “If I think of Germany at Night, It puts all thoughts of sleep to flight…” by Heinrich Heine, a German Romantic poet from the 19th century who spent half his life in exile in Paris) is an encounter with five electronic music pioneers: Ricardo Villalobos, Sonja Moonear, Ata, Roman Flügel and David Moufang aka Move D. Between Berlin, Geneva and Heidelberg, with laid back conversations with awesome hackers in hypnotic sequences in trance clubs, Romuald Karmakar takes stock of this computer-assisted music that’s polymorphous, unpredictable and infinite, along with the new forms of socialising that have arisen in the now deterritorialised world of techno.


What are the keys to the success of this wave that’s washed over the world since the 1990s (“like a virus”, as one of the protagonists says) to the point where it rivals Germany’s automobile industry (whose precision it shares, says another)? The great comeback of rhythm (“the lowest common denominator of a new community of values”, explains a third), and the roots and evolutions of recent musical practices that the director has followed and filmed for almost 20 years (his “196 bpm”, observations in the wings of Berlin’s 2002 Love Parade) are examined and narrated here by various celebrities from the techno scene. But it’s not only their reflections that Karmakar shares with us, it’s also their ear; by alternating sound recordings from venues and recordings from his headphones, in long, meticulously framed shots of the moving, nocturnal crowds , he lets us slip into the ear of the DJs, and follow, live, the enhancement of their musical raw material. 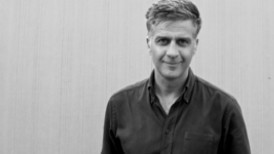 Born in 1965, Romuald Karmakar works with both feature film ("Der Totmacher", "Manila", "Die Nacht singt ihre Lieder"), and documentary film ("Warheads", "Das Himmler-Projekt", "Hamburger Lektionen", "Villalobos", “If I Think of Germany at Night”). His work has been honored at major international film festivals. In 2008, the Museum of Modern Art, New York, selected his film "Das Himmler-Projekt" as one of "250 important works of art that have been acquired by the Museum since 1980." In 2013 Karmakar was invited, together with Ai Weiwei, Santu Mofokeng and Dayanita Singh, to represent Germany at the 55th Art Biennale in Venice (German Pavilion). In 2014 he was awarded the DEFA-Foundation Award for "outstanding achievement in German cinema." His latest work, “Zoo” (working title) is a feature length documentary for cinema on the Zoo of Zurich, one of the top three Zoos in Europe. He lives and works in Berlin.