We are sorry,
this movie is not available
in your country
Movie no more available
More informations on FILM-DOCUMENTAIRE.FR and on VAD.CNC.FR
History & Politics


"In the future, if there is an honest historian, he will find it legitimate to bring the ten years between 1968 and 1978 closer to the great events that changed the world, such as the French Revolution and the Russian Revolution"". "Ora e sempre riprendiamoci la vita" confronts archive images with the stories of the protagonists in the movements and conquests of that decade. Their value in a country that keeps no memory such as Italy is a rare testimony to the power of human dignity in its perpetual struggle for emancipation.


Conceived as a film-testament gathering the words of former companions and collaborators, "Ora e sempre riprendiamoci la vita" culminates in a photo album of essential moments: from the occupations and assemblies of the 60s, to the feminist parades, the Lambro Park rally and the armed clashes of the 70s. Interspersed with an editing of archives (some of which are already widely distributed, but always with a strong representative impact), we find the voices of artists, politicians and thinkers with a militant past, including Bernardo Bertolucci, Massimiliano Fuksas, Emanuele Severino, Massimo Cacciari, Pietro Valpreda, Mario Capanna, Dario Fo and Franca Rame, among others. The result is a work split between action and thought, in which the fascination for the revolutionary impulse (caught up in its gear) overcomes the difficult - though necessary - re-elaboration in the present. 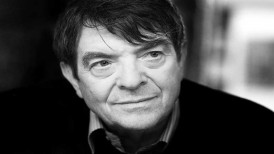 Other films in the collection: History & Politics