We are sorry,
this movie is not available
in your country
Movie no more available
More informations on FILM-DOCUMENTAIRE.FR and on VAD.CNC.FR
Cream of the screens

Of Land and Bread


In 2007, the human rights organisation B’tselem launched a project consisting of providing video cameras and training to Palestinian volunteers in the West Bank to document their lives under Israeli occupation. Made up of many short films, "Of Land and Bread" is a film of painful eloquence.


B’Tselem — The Israeli Information Center for Human Rights in the Occupied Territories — promoted in 2007 a project which consisted in giving video cameras to Palestinians in the West Bank so that they could document the human rights violations they were forced to suffer under the Israeli occupation. This raw video footage captures in the most simple and effective way the daily and unrelenting repeated abuses that both the illegal settlers and the army perpetrate against the Palestinians. Over the years, all these films have become a living and sadly ever-expanding archive of the constant abuses and violence the Palestinian population has to live with and bear. "Of Land and Bread" collects some of these short films in a feature length documentary that is definitely not easy to watch. The brutality of the settlers and the army spares no one. And yet we need to see in order to fully grasp and understand the magnitude of the never-ending cycle of human rights violations the Palestinians must face while the world obstinately looks to the other side. 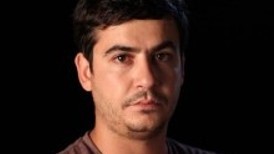 Ehab Tarabieh was born in 1982 in Majdal Shams, a small village in the occupied Syrian Golan Heights. Growing up under Israeli military occupation, Tarabieh was politically active at very young age. He studied classical violin at the Conservatory for Classical Music in Damascus before relocating to the Czech Republic to study film. After graduating, he made several award-winning short films that documented life under occupation in Palestine. His short film "The Forgotten" won the Best Short Film Award at the Doha Tribeca Film Festival in 2012. Award winning short documentary "Smile, and the World Will Smile Back" (2014) was screened in competition at the Berlin International Film Festival and 2015 ZagrebDox. "Of Land and Bread" (2019) is his feature debut.

Other films in the collection: Cream of the screens

Ibrahim: a Fate to Define

Girl In The Hallway

Mrs B., a North Korean Woman