We are sorry,
this movie is not available
in your country
Movie no more available
More informations on FILM-DOCUMENTAIRE.FR and on VAD.CNC.FR
Cream of the screens


Making paper guns … as a follow-up to his first film "Gangster Project", Teboho Edkins continues to tackle the violence issue in Cape Town with "Gangster Backstage", getting inside the minds of a group of mobsters he met during a casting session. "How are you feeling today?" "Have you thought about where you’d like to be buried?": his intimate line of questioning leads him behind the bravado of these bad boys (and girls), slipping from their dark doings to the loneliness of their prison cells. He plays on their all-powerful street image to get closer to these outlaws and convey their sensitivity. A tour de force, that won the grand prix at the 2014 Saint-Louis Documentary Film Festival in Senegal. 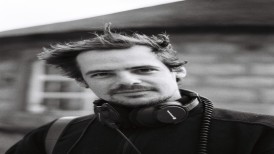 Teboho Edkins, born in the United States in 1980, grew up mainly in Lesotho, South Africa, but also in Germany. His art studies at the University of Cape Town were followed by a two-year post-graduate residency at Le Fresnoy, Studio National des Arts Contemporains (France), and then a film directing course at the Berlin Film and Television Academy (DFFB). His films, which have won awards at international festivals, have been shown on television and in museums.

Other films in the collection: Cream of the screens

Ibrahim: a Fate to Define

Girl In The Hallway

Mrs B., a North Korean Woman