We are sorry,
this movie is not available
in your country
Movie no more available
More informations on VAD.CNC.FR
Arts


The portrait of a house without supporting walls. A bold dome made of concrete, an open space — right in the middle of the bizarre rock formations of a rugged coast made of reddish granite. The house belonged to actress Monica Vitti and director Michelangelo Antonioni. The emptiness of the "cupola" and the deserted quality of the site are the starting point for speculating — seemingly at random, figures wind up in the image and enter the dome, and even today, the utopia of an alternative concept of living seems to float above its form.


It is by discreet paths that we approach the futuristic building. At first glance a slightly dilapidated blockhouse, it reveals itself as a light structure and luminous space, a privileged viewpoint over the vast sea... It is from the encounter between the architect Dante Bini, inventor of the habitable concrete hull which became famous under the name of "Binishell", and the couple Antonioni - Vitti that this dome, a place of holiday and work ("Zabriskie Point" would have been written here), a time of refuge for the filmmaker and his muse, was born at the end of the 1960s. Bini's ingenious construction method combined with Antonioni's demands for windows whose dimensions are reminiscent of Panavision 2.35, the maestro's favorite format, will allow Antonioni to benefit both from a bulwark to the outside, his climatic and political fury, and an unimpeded interior space. Beyond the simple revelation of a footnote in the history of cinema, "La Cupola", in its very approach, invites us to meditate on the need for distance and respect for the private sphere, both personal and artistic. 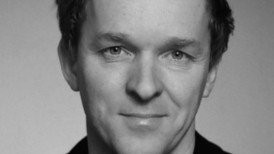 Other films in the collection: Arts

The Academy of the Muses