A Saturday night in 1957 in Piccadilly Circus. Londoners are looking for a good time.


For 25 nights, Alain Tanner and his accomplice Claude Goretta immerse themselves, on behalf of the British Film Institute, in the nightlife at the most famous junction in the British Empire.
In the middle of the crowd gathered on the heaving pavements, their telephoto lens captures the bodies getting closer and the looks that are exchanged. Superimposed onto these details is a desynchronised soundtrack combining dialogue from box-office films, background noise and jazz. Little by little, the street hawkers also emerge, along with a statue of the God of Love dethroned by the neon lights of giant advertising signs, and “bobbies” who supervise the flow of traffic and people, and evacuate the drunks, so that, through the lens of these young Swiss filmmakers making their first movie, we see that the apparent disorder of the night does not escape the rule of money and the State. 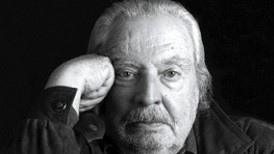 Alain Tanner was born in 1929 in Geneva. In 1951, he met Claude Goretta and together they founded the University of Geneva Film Club. After graduating, they set off for London and made the short film “Nice Time” (1957), which won an award at the Venice Film Festival. Tanner worked for the British Film Institute and the BBC before making several reports for French and Swiss television channels. His first feature-length film, “Charles, Dead or Alive” (1969), was awarded the Golden Leopard at the Locarno Festival. His savage critique of a self-satisfied society can already be observed in this film, and became even more apparent in “The Salamander” (1971), his second film, which won him international recognition. Seen as the standard-bearer for the “new Swiss cinema”, Tanner made militant films such as “Le Retour d'Afrique” (1973), “Jonah Who Will Be 25 in the Year 2000” (1976), and “Light Years Away” (1981), which won the Grand Prix at Cannes. He was also known for updating his own films by making fake sequels to adjust his opinions to the current situation; we can see the dramatic structure of “The Salamander” in the film “Fourbi” (1996) and that of “Jonah Who Will Be 25 in the Year 2000” in “Jonas et Lila, à demain” (1999). In 2003, he directed “Paul s'en va”, which he claims will be his final movie. 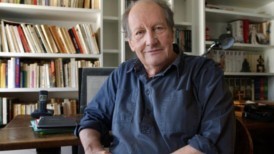 Claude Goretta was born in Geneva. As a student, he set up the University Film Club, and Alain Tanner helped run it. He joined Tanner in London in 1955 and they both worked at the British Film Institute archives. After making “Nice Time” (1957), the short movie filmed at night in Piccadilly Circus with Tanner, Goretta returned to Switzerland and became a television filmmaker. Between 1962 and 1978, he directed numerous TV reports and adaptations of classics and plays for the Télévision Suisse Romande (TSR) as well as dramas. In 1968, he created Groupe 5 with four other young Swiss filmmakers: Alain Tanner, Michel Soutter, Jean-Louis Roy and Jean-Jacques Lagrange. For cinema, he made “Le Fou” in 1970 and in 1973, won the Jury Prize at the Cannes Film Festival with “The Invitation”. His1977 film “The Lacemaker” brought him international acclaim. His career was divided between cinema and television, for which he shot “Le Dernier été” (1997), “Thérèse et Léon” (2001), “La Fuite de M. Monde” (2004) and “Sartre” (2006). He retired in 1994. Claude Goretta died in Geneva in 2019.