Dunkirk Carnival — for a whole month, there are rowdy balls, fancy-dress parades, a drink or two, and Jacques Higelin — a famous french singer — giving a running commentary on his guitar.


Jacques Higelin as a freewheeling choirmaster, interviews conducted whilst dancing, revellers kissing each other on the mouth… It’s 1972 and a libertarian, post-May ’68 wind is blowing through the Office de Radiodiffusion-Télévision Française (ORTF) and this episode of a French public television programme. The film crew submerges us in the dancing, the bawdy singing and bedlam that have taken over Dunkirk. These images of the carnival alternate with scenes of work at the shipyards, of the dockers and labourers in their overalls, and a working-class wedding. Order and disorder, like the two sides of the same city. In that case, is celebration nothing but “organised disorder that strengthens order” as proclaims the graffiti? This question permeates the film, which is caught dreaming like the young girl doing her make-up in front of the mirror: “what if we organised an unbeatable, unbowed celebration?” 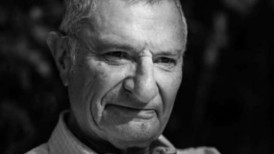 Jacques Frémontier (born May 8th 1930) graduated from the prestigious Ecole Nationale d’Administration (ENA) and obtained a PhD from the School for Advanced Studies in the Social Sciences (EHESS). He worked as a journalist and was editor-in-chief of Paris Presse from 1962 to 1965, and director of the newspaper Paris Jour from 1965 to 1969. In 1971, he published “La Forteresse ouvrière : Renault”, examining Boulogne Billancourt’s working class after the events of May ’68. He joined the French Communist Party (PCF) in 1971, but left in 1980. Between 1967 and 1983, he worked as a television producer with his series “Vivre ensemble - Vivre aujourd’hui”. He published several books including “La Vie en bleu, Voyage en culture ouvrière” (1980), “Les Cadets de la Droite” (1984), “L'Étoile rouge de David : Les juifs communistes en France”, and “Le Nom et la Peau” (2004). Jacques Frémontier died in April 2020. 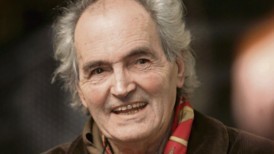 Raoul Sangla is a filmmaker for French TV who became well known back in 1964 when he directed the highly acclaimed cultural programme Discorama, presented by Denise Glaser. From his cinematic audacity for TV news broadcasts in the 1970s to his experimentation for independent television channels in the 2000s, Sangla has directed hundreds of hours of programmes including shows, dramas and documentaries. The son of a plasterer and no stranger to building sites and trowels, Sangla decided to show television studios for what they are – workshops. His sense of humour has made Raoul Sangla the most appreciated director in French television.