The ancestor of the carnival is the Feast of Fools. During the Middle Ages, between Christmas and Epiphany, everything was turned upside down. The poor could mock the rich, and the lowly could deride the powerful. A “fool’s pope” was elected and people could disguise themselves as bulls, cows, deer or other pagan divinities. In New Orleans, the carnival has preserved this sense of liberty. Suddenly, everything is permitted, even the most absurd extravagance.


Drumming and shouting from the crowds… Right from the start, this very short movie filmed in 1958 manages to plunge us into the atmosphere of one of the most famous carnivals in the world. Among the parades of floats and King Kong masks stands out a group of black men dancing to the sound of tin cans. In New Orleans, upending the norms is not limited to calling into question social or gender barriers. The race issue also raises its ugly head, reminding us that this city was once one of the country’s biggest slave markets before becoming the birthplace of jazz. Tomorrow, Mardi Gras will be over, and segregation is still in force in the Louisiana of 1958. But the day will soon dawn when Afro-Americans no longer accept giving back their sceptres and formal attire. 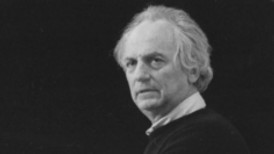 François Reichenbach was a French filmmaker born in 1921, and who died in 1993. Cousin of the film producer Pierre Braunberger, and nephew of the collector Jacques Guérin and painter Jean Guérin, Reichenbach started out as an art curator in the United States. With dual French and Swiss nationality, he studied music in Geneva and was a musician during the war, writing songs for people such as Edith Piaf. He then lived in France before setting off for the United States. He began making films in the early 1950s, about personalities or impressions from his frequent globe-trotting. He depicted Orson Welles, Yehudi Menuhin, Arthur Rubinstein and Herbert von Karajan, as well as Johnny Hallyday, Brigitte Bardot, Barbara, Mireille Mathieu, and various other artists and sports personalities. Fascinated by Mexican masks, he donated his collection, which is on show at the Musée d'Arts Africains, Océaniens, Amérindiens in Marseille.